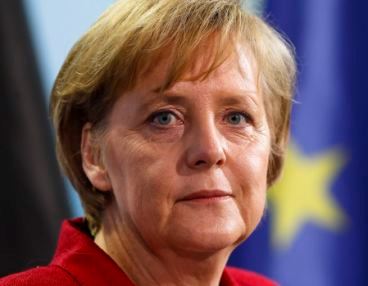 We can dress the whole Europe debate up in a ballerina’s dress and call it Mary if we like, but the reality is that the future of the European Union hinges on two things: 1) Will Germany save it, and 2) How will Germany come to its decision?

Somewhere in the Federal Chancellery there is a team working on two sets of numbers. The first is the cost to the German taxpayer of leapfrogging this crisis by supporting Eurobonds, quantative easing, and the political unification of the eurozone. The second number is the cost to Germany of a collapse of the eurozone, the baling out of German banks, and with it a rush to “temporary” tariffs and protectionism within the single market.

There are other factors too, but this is really the heart of the matter. Talk of war in Europe is a bit silly, if only for the fact that the one thing Europeans hate more than cutting social spending is increasing defence spending. But a new Europe with a very powerful new Deutschmark pricing out German exports, coupled with populist politicians trying to keep out “unfair” competition from southern countries (and maybe Ireland) is not in Germany’s interest either.

Finally, and this is something that British and Irish audiences don’t quite understand, there is the political factor. Support for European unity runs far deeper in the political structures of most continental countries than we grasp. British eurosceptics constantly remark that the euro was a political project, as if that is a killer argument. It was. It was supposed to be, and whilst it is malfunctioning from bad design, the fact with European integration is that it has been the great success story of post-war Europe. Every week, ministers from powerful Germany to tiny Malta meet to discuss how we solve common European challenges. We don’t pretend that all are equal, but there is an equal respect and an equal right to be at the table where decisions are made. Without the EU, Germany could make decisions on her own, and we would be dragged along in her huge economic gravity field. But here’s the funny thing: Modern Germany does not like being put in that position. That’s the other factor we don’t get: Germany, whilst defending its own interests like every other country, would still rather be part of an agreed gang. That’s how German politics works (the Bundesrat nearly always ends up controlled by the opposition) and that’s how they’re most comfortable.

With Spain too big to save, we’re now in the endgame, and Chancellor Merkel has to make a decision which will shape Europe for the next fifty years. Effectively, she is going to be the mother of a European Federation, or she is going to let the post-war European settlement break up. Churchill or Chamberlain, FDR or Hoover. This is the league she is now in, and the decisions she makes will shape how children learn of her in 2062, either from her portrait on the wall, as a founder of the United States of Europe, or as a footnote explaining how Europe became a Chinese-owned economic backwater. It really is that important.