He found one of those apps that tells you how much time you spend doing things, and it gave him a fright. Apparently he spends two-thirds of his day on Twitter trying to pick fights with people back home. What’s worse is that they’ve got the measure of him now, and just ignore him. He doesn’t get mentioned on the news, or in papers. He’s just gone. Like he’s dead.

He was going to show this crowd out here in Brussels, boy was he! But of course they’re well used to him and others like him coming out and shouting. Even Paisley tried it back in the day. Know what happened? Nothing. They ignored him. Anti-Christ this and Anti-Christ that and they just ignored him and went for lunch, and this guy ain’t no Big Ian.

He finds that he’s getting up later in the day, and watching a lot of boxsets in his apartment. The other MEPs from his country, the men and women from the parties he was going to make a holy show of when he got out, now just treat him like one of those fellas you buy a Club Orange and a pack of Tayto for down the pub on a Sunday afternoon. They don’t even argue with him now, just give him that “ah, bless, the poor creature” look. The women ask him is he OK? One even offered to sew a button that had fallen off his good jacket back on. He spent a whole day walking around not knowing that he was trailing a long piece of toilet paper on his shoe and nobody’d said anything. One of the Dutch MEPs thought he’d been trying to make some sort of avant-garde protest about waste.

He’s afraid to spend too long on the phone back home because he knows some bastard will FOI it, and he can’t even go home because it’ll effect his voting record, the one thing the public (or at least the media) seem to get stroppy about at election time.

What on Earth was he thinking coming out here?

The scene: The Irish EU commissioner is strolling down the Rue Archimedes to work one crisp Tuesday morning, two years after Brexit.

Voice from behind bin:   Psst!

Paddy stops, strolls over to the bin. A man in a long coat and hat, with an enormous false moustache is hiding.

Paddy: Charles? What the f**k are you doing? Is that a real moustache?

Charles: No, I had to go in disguise. If the euroskeps knew I was here I’d be done for treason!

Charles: Is there any chance you could stop having meetings about things that affect us?

Charles: It’s just that you keep discussing things that affect us, and we’re not in the meeting, and it’s very awkward. See this? Stuff like this. (removes a sheaf of paper he had shoved down the back of his trousers)

Paddy: Where have you been keeping this Charles? Look at the state of it.

Charles: Yes, sorry, Cameron and I have to be very careful that the Taliban don’t see us reading draft EU directives. It’s kind of heresy now. The official line is that nothing the EU does affects us. So we have to read them in the jacks in Downing Street. They’ve people everywhere.

Charles: It’s the draft proposal on pension funds, putting a tax on funds leaving the EU. That’ll hurt the City.

Paddy: So? This is an internal EU matter.

Charles: Yes, but it affects us! There’s a load of countries in a room talking about stuff that affects us and we’re not there!

Paddy: Yeah, I can see that. Alright, I’ll see if I can put in a word.

Charles: Thanks Paddy, we really appreciate it. Have to go: I’m meeting the Dutch behind that skip on Square Ambiorix.

The first election campaign I was ever directly involved in was the 1991 local elections, where I canvassed for Jeananne Crowley in the Pembroke Ward, a seat I’d contest myself in the 1999 elections. After that, I campaigned in local, general, European and by-elections, and in a number of referendums. And that’s not counting the internal party elections I campaigned in. Between 1991 and 2005, when I resigned from the Progressive Democrats, I experienced a fair bit of Irish politics, and came across what I would regard as fairly solid general rules of Irish politics. They are general, there are always exceptions, but broadly speaking I believe they’re true:

1. With the possible exception of Sinn Fein and the Alphabet Left, and maybe in by-elections, there is no longer such a thing as party machines in the traditional sense. Successful candidates have to effectively build their own teams of, for the most part, personal loyalists. Many if not most of the party members who turned up to vote at the convention will not end up knocking on doors.

3. It is possible to be interested in the politics of ideas, or the politics of winning elections, and never have anything to do with the other. Indeed it is getting more and more likely.

4.  The one characteristic a successful candidate absolutely must have over everything else is physical stamina, and a willingness to keep knocking on doors and talking to people over and over again. It is possible for a stupid candidate to be elected again and again. A lazy candidate will probably only be elected once, and only because he/she is related to someone.

6. By international standards, it is relatively easy for a small group to change things in Ireland if it has determination, courage and organisation. The failure to bring change has usually been because of a lack of one of those three factors. The Provisional IRA and the Progressive Democrats proved that.

7. Irish people take a masochistic comfort in believing that an uncontrollable force, be it the Brits, the IMF, or potatoes, is responsible for their woes, and are comfortable with people knowingly lying to them.

8. “The Rich” are people who earn €15k more than you per annum. “The Ordinary People” are your friends and family.

9. The fact that we ask candidates the same questions in both local and national elections explains a lot about why Ireland is the way it is today.

The irony was that he was never into the European thing at all. Sure, he gave the usual pro-EU lip service when he was in the national parliament, but it just didn’t really float his boat. Then he became a minister, just as his member state took over the presidency. This, he thought to himself, is gong to be an awful drag, chairing meetings, flying off to Brussels at some god awful hour.

But the strangest thing happened. He loved it. One thing that was always said about him, he was a people person, a deal maker. That was how he got ahead in the party at home, but now, out here, it all clicked into place. Haggling with the Austrian fella in the corner, leaning on the Belgian, sympathising with the Greek, doing a favour for the Portuguese guy on his pet thing on the agenda, he was in his element. And what’s more, the other guys and girls liked him too. He cut through the bullshit, got actual decisions made, and got everybody out before midnight most nights. One thing about him: he didn’t have airs or graces, and wasn’t above pointing out “Look lads, if you’re all going to repeat what someone else said will you just say I agree with what she said, so we can fucking move on!”.

When the presidency ended, he was sure. This was what he wanted, to be out here, doing the business. Of course, the money was good too, and with him and the wife having parted ways the parade of stunning parliamentary assistants and stagieres didn’t go unnoticed either. The prime minister owed him a stack of brownie points, mostly for beating the crap out of the PM’s enemies in the parliamentary party, and so, sure enough, he was sent on his way.

It’s a different life: no constituents, actually getting to bed at a reasonable hour, and within a few months he has his parliamentary committee eating out of his hand by treating them as his new constituents, taking them for coffee or something stronger, working out their pet issues, remembering birthdays and kid’s names (that stuns them), doing favours where he can. The grub’s good too, he notices as he needs to treat himself to a new suit (or three, sure, he can afford it) on Avenue Louise. This, he thinks as he lies in bed on Sunday morning with a German MEP and divorcee who looked at bit like Catherine Deneuve, whom he sparred with only a day ago over subsidies to something or another, is the way it should be. 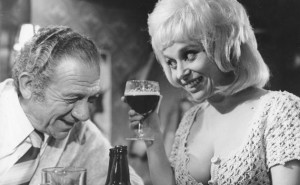