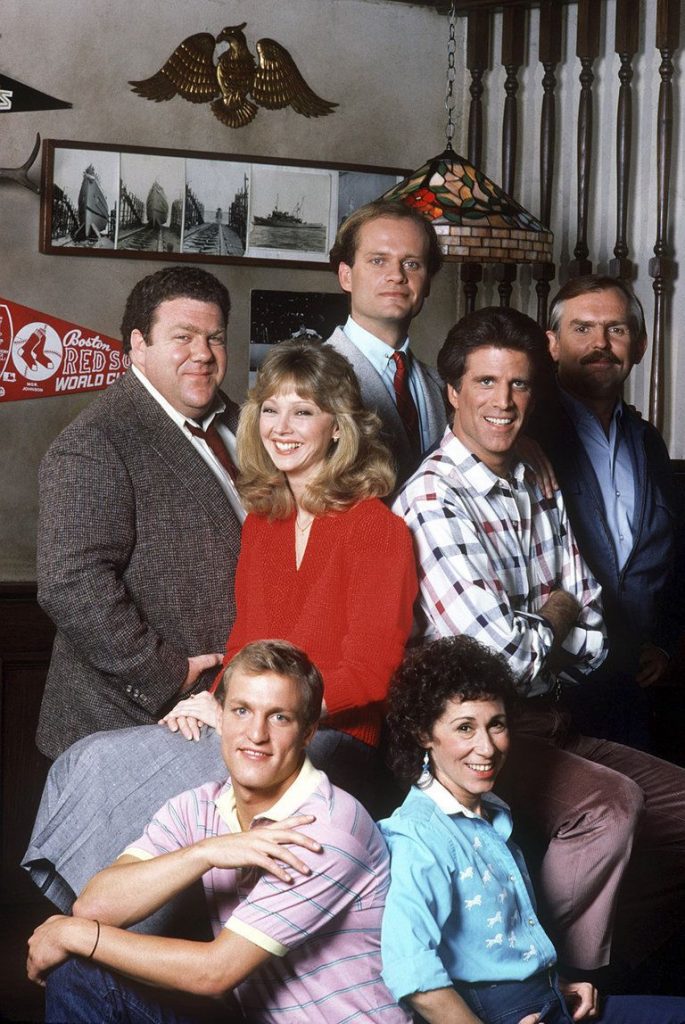 I’ve recently been rewatching the sitcom “Cheers” on Paramount+, where the entire series is currently available. It’s easy for people under the age of 45 to not be aware of the show or how huge it was when it originally aired. Running from 1982-1993 for 275 episodes, and then occasionally resurfacing in spinoff “Frasier” crossovers which ran another 11 seasons, when the show finished in 1993 it was watched by over 90 million people in the US.

The show centred around Sam Malone (Ted Danson), a charming, womanizing, recovering alcoholic ex-professional baseball player who owned the bar, a below street lower middle class bar frequented by regular customers which provided a home from home for them. Whilst the initial seasons focussed on Sam’s relationship with haughty waitress Diane Chambers (played brilliantly by Shelley Long) the real source of the show’s eventual “Friends” like domination of the ratings was the ensemble cast, from kind but dim Coach and Woody, sharp-tongued waitress Carla, know-it-all postman Cliff and failed accountant Norm. When Long left after five years she was replaced by Kirstie Alley’s Rebecca Howe, Sam’s neurotic boss (he’d sold the bar) whom he constantly tried to bed.

Cheers is both genuinely funny but also charming, with a cast that regular viewers came to love as an extended family, all flawed but all lovable. Looking through today’s eyes Sam Malone would be a sex pest who would be either swamped with legal bills or long dismissed by his employer for inappropriate behaviour, but it’s fascinating to watch as a snapshot of the time, before mobile phones and social media, with plots based on misinterpreted phone messages and Cliff’s barside pontifications not being open to challenge (“You know Sammy, it’s a well known fact that…”)

One particularly interesting feature of the show is how female characters deal with Sam’s constant sexual advances. This was the post-1970s, where the “Women’s Lib” movement was petering out against the New Conservatism of Reagan’s America (Reagan was only 20 months in office when the show first aired) and the female characters tend to fend off his passes through sarcasm. Having said that, many of his lovers are as equally sexually aggressive and promiscuous as he is. You can’t help grimacing at his wandering hands, all the same. He’s never grabby, but can be overly touchy.

File under cosy stress-free nostalgic viewing, and keep an eye out for the many guest stars who went on to be much bigger, although none will be as big as Kate Mulgrew’s hair. 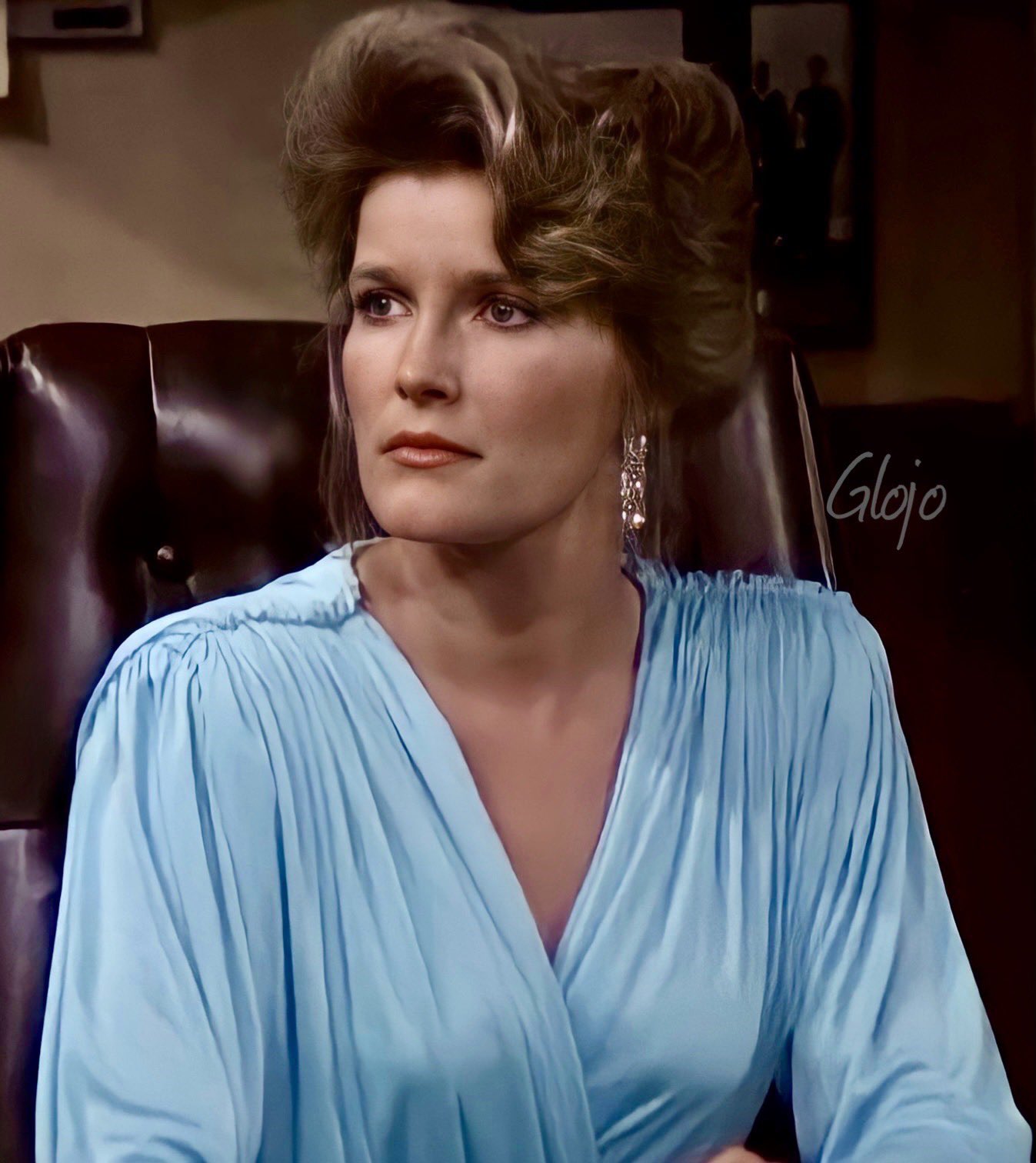 If you’re not watching or haven’t watched French political drama “Baron Noir”, you can’t call yourself a political junkie. Whereas “The West Wing” did liberal political fantasy, and “Borgen” did liberal compromise, and “House of Cards” did cynical winning for winning sake, “Baron Noir” does political street-fighting with just a hint of morality.

The series centres on Phillipe Rickwaert, Socialist MP and Mayor of Dunkirk and chief crony of the Socialist candidate for President of France, starting on the eve of the first round. I won’t give anything else away other than the show is about the grubby compromises of politics. And yet… most of the characters, especially Rickwaert played by a brooding but charismatic Kad Merad have a moral centre. Politics matters to them. Nearly all are idealists (some lapsed) and all actually care about what it means to be in public office.

Rickwaert is an intriguing character, at home with the parish pump politics of his local fiefdom as with the battles over what it means to be a socialist in 21st century Europe. Genuine political issues from Marxism to Europe to secularism are debated throughout the show in a way unimaginable in a modern English-language political drama. It shows just how big the gap between Anglo-Saxon and continental politics is: unions still matter, and characters barely bat an eyelid when a prime minister openly advocates a United States of Europe.

There was a time when eyes were rolled at European TV drama in terms of accessibility and production values. No more. This is as good if not better than any political drama on US/UK TV.

All three seasons (it seems there won’t be a fourth) are on Amazon Prime. 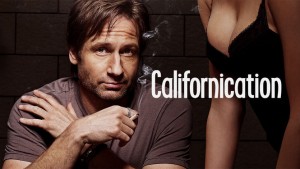 As you can imagine from the title, David Duchovny’s show “Californication” (Showtime 2007-2014) deals with some very adult themes, and so is chockablock full of strong language and occasional nudity. But it is also funny, telling the story of Hank Moody, a hip indie writer whose cult, edgy bestseller is turned into a romantic comedy starring Tom Cruise and Katie Holmes, and how he’s trying to deal (with a mix of casual sex, drink and drugs) with being a sellout in LA. Natascha McElhone stars as his ex-girlfriend and mother of his daughter, but the real break out is Evan Handler, whom you’ll recognise from Sex and the City and The West Wing, as Hank’s agent Charlie and who provides some of the best laughs in the show.

As I said, it’s a bit bawdy, but fun. Sorry, did I say bawdy? OK, it’s actually filthy. But still very funny. Keep an eye out for a very funny cameo by Rob Lowe as nutcase actor Eddie Nero.

The full series is currently available on Netflix UK & Ireland.

Repost: Recently browsing through my obscene DVD collection (I mean in size, not in content) I was reminded of the fact recently that if I never bought another 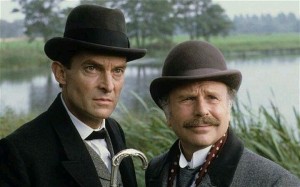 DVD again I would not be too troubled. I was also reminded that I have some treasures that I have not watched in ages that are such a treat. Granada Television’s “The Adventures of Sherlock Holmes” is one such gem. It’s available on DVD, and stars the late Jeremy Brett as Holmes and David Burke and Edward Hardwicke respectively as Watson.

Just as every generation has its James Bond, Batman and Doctor Who, for my generation, growing up in the 1980s, Jeremy Brett WAS Sherlock Holmes, and for two words: Pure Quality.

The period details are great, including an entire life size Baker Street set. It’s mainly true to the original Conan Doyle stories, but the real meat is in the performances of Brett and his two co-stars.

Brett, who suffered terrible psychological illnesses later in life and died at a mere 61, is just stunning as Holmes, creating an eccentric, captivating character around the framework created by Conan Doyle. Every scene with him leaves you unable to take your eyes off him, with every twitch and flamboyant hand gesture and flinging of himself onto the floor of grand country houses looking for clues adding to the character’s depth.

Both Burke and Hardwicke could easily have been blown off the screen given Brett’s performance, but both instead create a calming, grounding and very human foil to Brett, leaving the viewer with a very clear understanding that Holmes could not be Holmes without Watson, who although is not his intellectual equal, brings to the table human skills that Holmes does not possess, in particular Watson’s skills with women, a fearless willingness to get physical if necessary, and simple human decency. Burke and Watson are pretty much responsible for the repairing of Watson’s reputation after Nigel Bruce’s bumbling fool during the Basil Rathbone years. Today it’s normal to see Watson as equal if differently skilled to Holmes thanks to both men. It was easy to believe Holmes and Watson were genuine friends.

The series was made over a ten year period beginning in 1984. 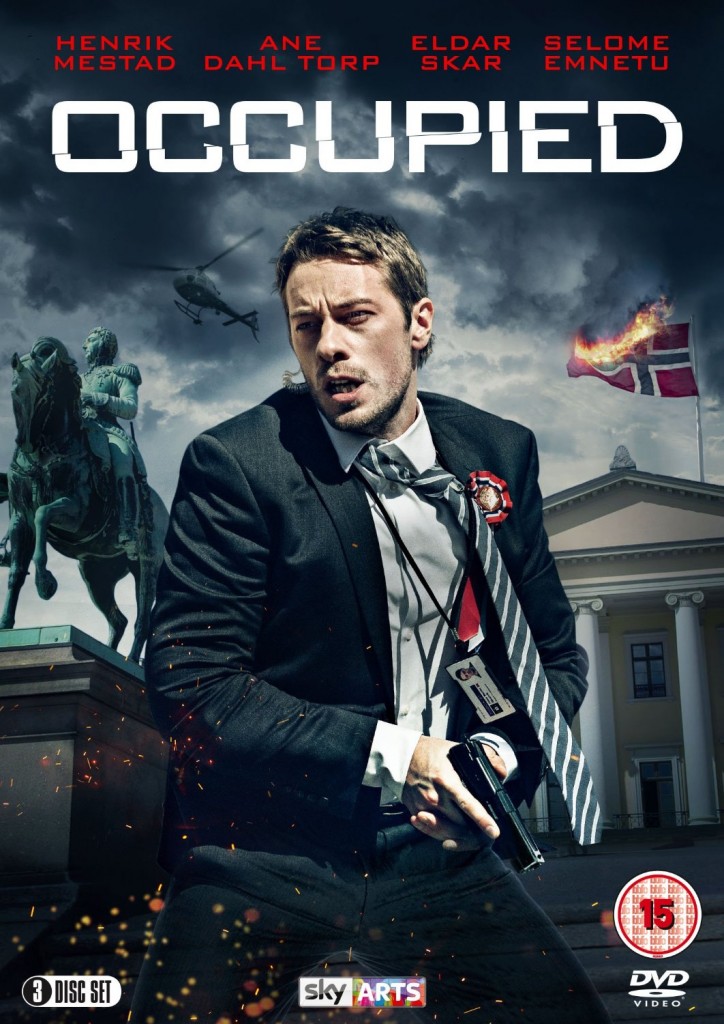 “Occupied” is a thriller brought to us by Norway’s TV2. It tells the near future story of a new Norwegian prime minister, in response to an environmental disaster, ending Norway’s oil and gas industry. This causes an energy crisis in the rest of Europe, which leads to the EU conniving with Russia to seize the Norwegian oil platforms with Russian troops, and for Russia to deploy special forces into Norway itself. NATO having dissolved some years earlier, Norway finds itself friendless.

This isn’t Red Dawn in snow. It’s much more subtle, and much more political, as the prime minister tries to navigate between the Russians, who threaten more military power, and patriotic Norwegians who regard him as another Quisling.

One aspect the show does very well is its portrayal of the EU, which is selfishly pursuing its own interest yet embarrassed by its own actions, but unwilling to respond militarily to Russian provocation.

Funnily enough, although it was made in late 2015 it actually is more believable in the Trump era. It was made on a reasonable budget, and Norway looks great in it. It also has a very catchy theme song by Norwegian singer Sivert Hoyim.

The first season is available on Netflix, and a second season was broadcast recently. It’s in Norwegian with subtitles, but the characters all use English to speak with non-Norwegians in yet another example of how good some education systems are! Once again, I can’t understand why RTE can’t do political drama like this.