It had been the scene of a young Afghan woman being publicly beaten by a tribal elder for talking to a boy on her mobile phone that had done it. There had been those in the administration in DC who had already crafted plans, but the media response to the incident had finally convinced the president, a decent man and father of daughters, to support the plan.

The military had already selected the site in rural Afghanistan. Effectively a mountaintop fortress, accessible by air, but otherwise protected by sheer cliffs on nearly all sides, and with a ground access that could be transformed into a bloody killzone if needed. It had its own water source, grounds for crops and cattle, good solar power frontage and, the military reckoned, it could house up to 30,000 people if planned properly.

Its approach was constantly surveyed by drones and its own designated NSA satellite. Female NSA operatives volunteered their own free time to guard over the site.

It was called Operation Themyscira, after the fictional home of Wonder Woman. The name would become more and more appropriate as time moved on.

The US president was clear in his address. The US had left Afghanistan. But it was not abandoning the women of Afghanistan. There would be a refuge for them, defended firstly by the United States, where women could flee to, run by women, for women.

Something I wrote about 5 years ago. Dated in parts, not so much in others. 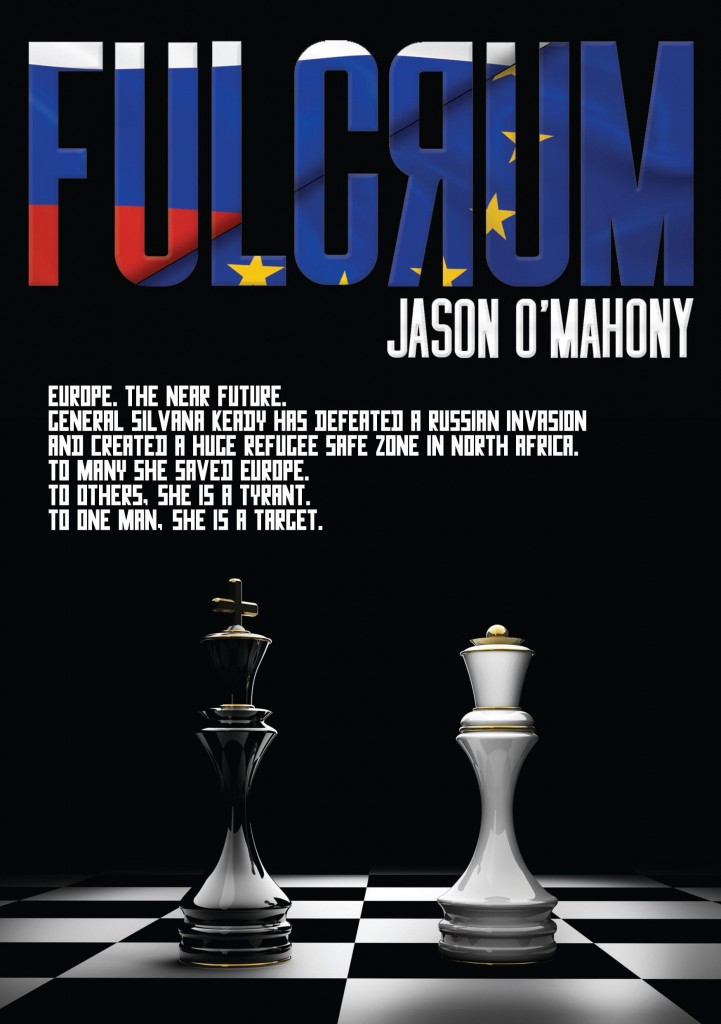 Europe. The near future.

The Russian invasion of Europe has been defeated.

An EU safezone holds millions of refugees in North Africa.

In Brussels, a woman directs the continent.

To some she is a saviour.

To others a tyrant.

To one man, a target.

You can download a PDF of “Fulcum” below. Enjoy! 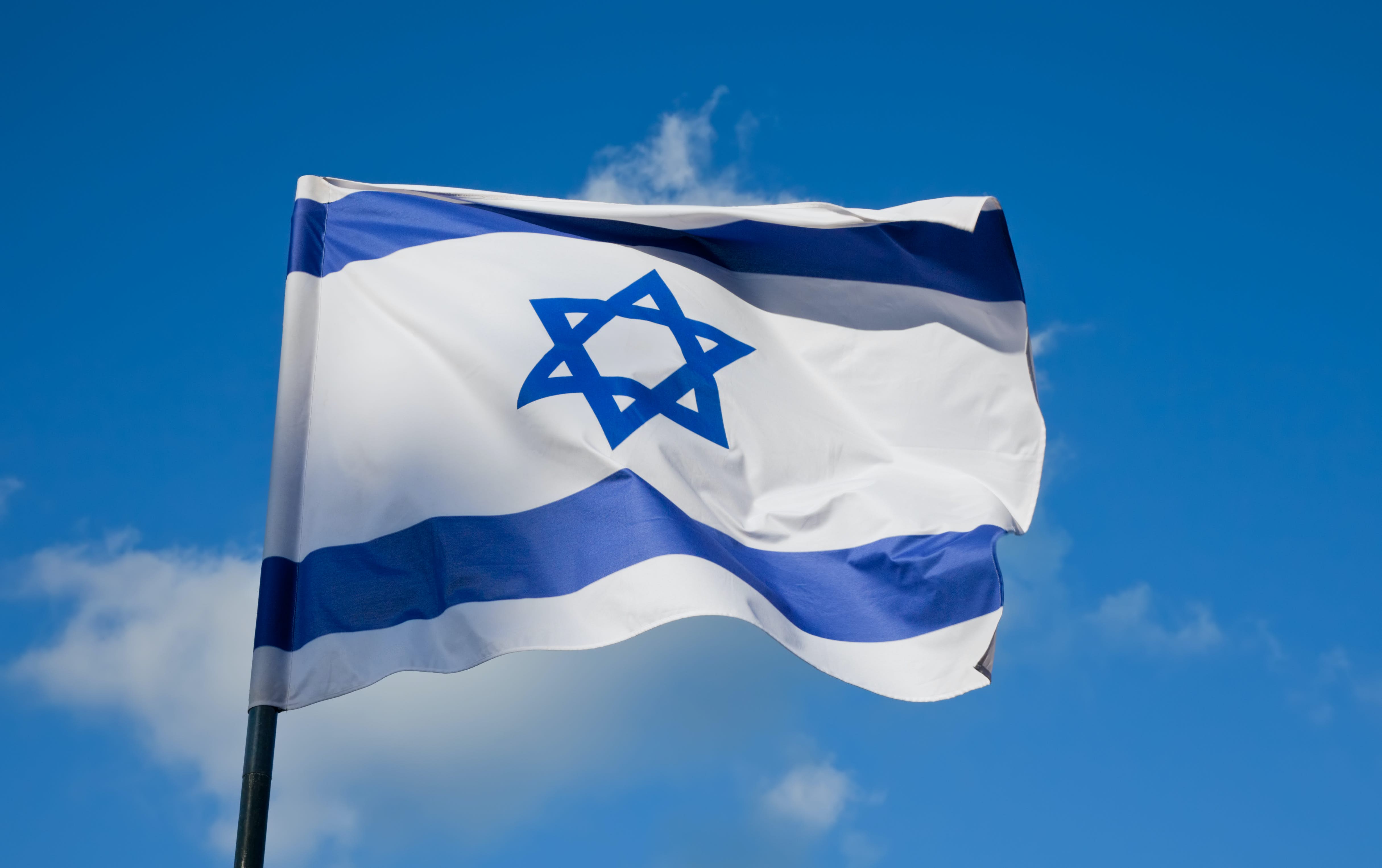 The Prime Minister of Israel has the opportunity to send someone back in time. Should he order the obvious mission?

Europe. The near future. Welcome to the EU’s Refugee Safezone in North Africa.

The Airbus A380 started moving as soon as the door was closed, before the cars in the motorcade even had time to get fully clear of the massive thrust of the engines. The pilot, a colonel in the French air force, slammed the engines into full throttle to execute what was called a hard take-off, the plane getting into the air quickly and immediately into a sharp incline to gain as much height as possible. A number of Elysee officials who had been busy securing the president of the French Republic before getting back to their seats were knocked off their feet by the angle, both being grabbed by burly bodyguards and pulled into seats as the plane reached its cruising height.

The military cabin crew, briefed as to the situation, had immediately lowered all the blinds on the windows, so that the passengers on-board could not see the military airbase and Paris speed away into the distance.

It actually meant they would not be blinded by the detonation of a nuclear warhead over the French capital as was one possibility they were expecting at this very moment. Nor could they see the four heavily fuelled and armed Rafale fighters escorting the plane on its pre-planned flight plan, designed to avoid major urban areas and military targets (for spotting purposes and also because they were likely nuclear targets) and take the plane out over the Atlantic.

END_OF_DOCUMENT_TOKEN_TO_BE_REPLACED

The very near future. Welcome to the European Union Safezone in North Africa.

2 million refugees trying to make a life in a city-state on the edge of Europe.

For the disgraced former British prime minister and his Irish deputy put in charge of running it, a chance at redemption.

For the refugee Syrian businessman, it’s a chance at a new life for his family.

For the young Somali woman fleeing terror, it’s a chance to perhaps no longer be afraid.

For the young Islamic State operative, it’s a chance to strike at the west…

Now available as an eBook on Amazon here. 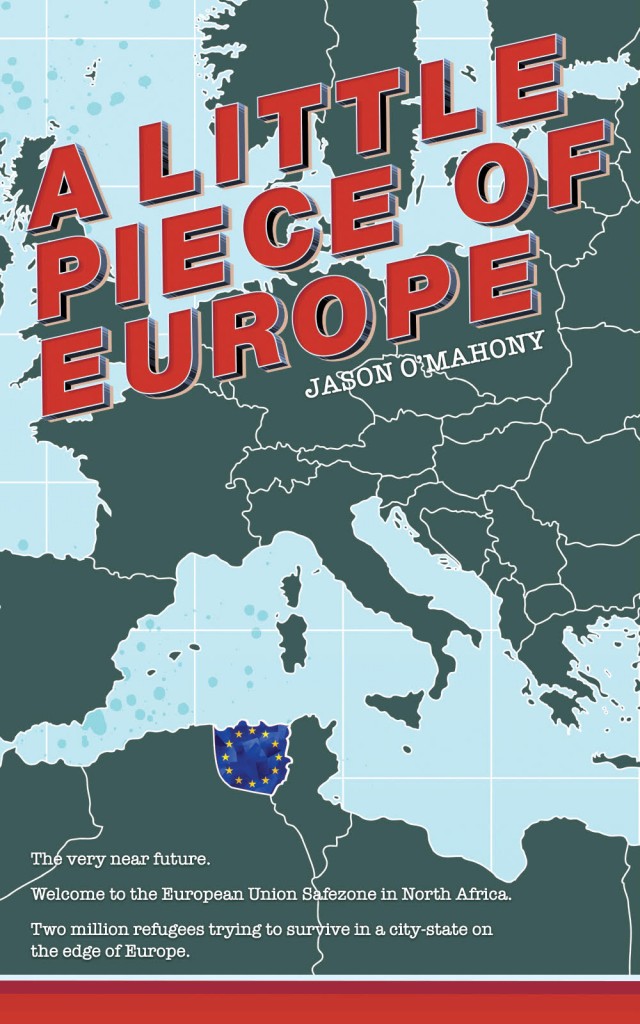 Last year I wrote a short novella, “A Little Piece of Europe”,  about an EU safezone for refugees.

Why fiction? Why this subject?

Because I’m convinced that the immigration crisis is a grave threat to the stability and indeed existence of the European Union. It is causing huge internal tensions, pitting European nations against each other, and is being manipulated by external powers that want a disunited Europe.

It is also providing fuel to various strands of neo-nazi, both within and outside electoral politics.

Finally, there is a moral question: if Europe is not obliged to do something about dead children on our beaches, then we have learned nothing from our history.

The more I looked at the issue, the more I became convinced that an offshore solution is the right one. Why?

First, because Europe must be able to control its borders and who crosses them. Ordinary Europeans expect this and if the centre-right and centre-left can’t do this, they will elect extremists to do it with violence and brutality.

Secondly, an offshore facility will allow us to provide security, safety, and a place to process and screen refugees according to our values.

Finally, let me stress, I’m not talking about some sort of Australian-style prison camp. I’m talking about a functioning city run by the EU to a standard that will allow refugees to build a life there, whilst slowly absorbing into the EU proper a controlled number of pre-screened applicants.

Why fiction? Because the more I looked at the issue and thought about it, the more questions arose. How would it work? Who would fund it? What problems would it encounter? The more issues that arose, the more I concluded that it was a concept best communicated within a story. So that’s what I did. Told a story.

This is a work of fiction, and so there is dramatic licence. But the core concept is in there, in detail.

You can read it at the link here. 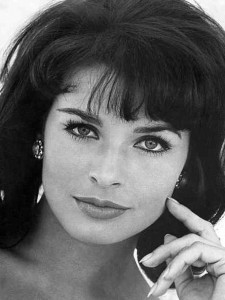 I’ve recently started writing a collection of short stories about a fictional female Taoiseach, Kate O’Hara, leader of the Centre Party and deputy for Dublin East. I’ll post them here as I complete them: 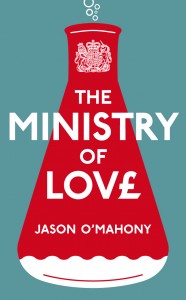 Four years ago today I published, as an eBook on Amazon, my first novel “The Ministry of Love”. Writing it taught me a huge amount, from the huge effort of writing a novel to the nightmare of typos and proofreading (A dragon finally slayed by the professional services of the excellent Elina Talvitie.) My apologies, by the way, to those who were subjected to the early editions before the fastidious Finn was deployed.

It’s funny what makes you write a book. For me it started as a joke about the government finding love for people (the main plot of the novel) but also diverted into the reality that loneliness is a genuine affliction for many. I remember sitting in a restaurant with two beautiful women, one my girlfriend at the time, and as we had a very entertaining lunch I spotted a diminutive man, with a bad comb over and a moustache, dining alone. Occasionally he looked over at us, not in anger at our laughter, or jealousy at me. In his eyes I could see that he desperately wanted just a fraction of what I had. It was simple suffocating loneliness. It’s a theme that I think is even more relevant today.

Anyway, you can buy it here. 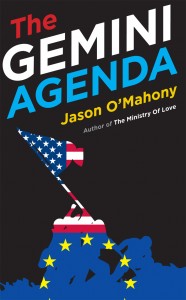 There is a plan.

Although I greatly enjoy ranting about the world and its failings on this blog, regular visitors will know that my real passion is writing fiction. Someone described my first book, “The Ministry of Love”, (available as an eBook on Amazon below) as “What Terry Pratchett would have been like if he wrote 1970s airport thrillers”, which is a description I was very flattered by. I say first book, by the way, because I’m nearing completion of my second book, “The Gemini Agenda”.

“The Gemini Agenda” is a black comedy concerning a global conspiracy involving the US and the EU, along with what really happened to the Titanic, who really killed President Kennedy, and what happens when wooden legs become fashionable.

For one lucky reader there is also the opportunity to appear in the book as a named character. So, if you’d like to fling your trilby into the ring, email me at Omahony.jason@gmail.com with TGA in the subject line, giving me your name, where you’re from, and one (hopefully) colourful fact about you I’ll try to shoehorn clumsily into the text. You’ve got a week to get your entry in.