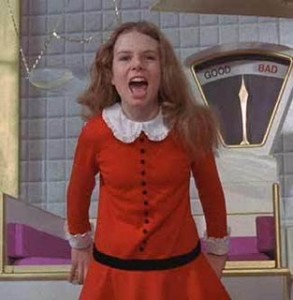 "I want an EU referendum and less immigration and more defense spending and no gay marriage and more cuts in spending and more tax cuts and I want them now!"

There are certain badges of conviction that British small-c conservatives carry with them. The first is euroscepticism, and the second is a belief that the First Past the Post electoral system is sacrosanct. The belief in FPTP would make perfect sense if it delivered what it was they wanted, yet the funny thing is, they spend most of their time bitching about what FPTP has delivered. Now, I’m not just talking about the coalition. That is still a novelty. But cast your mind back through British politics since Mrs Thatcher. In 1992 John Major won a general election and proceeded to implement policies on Europe that started the rot as far as the eurosceptics were concerned. Blair got in in 1997, winning three elections (including a 60 seat majority in 2005 with 35% of the vote) and doing all sorts of stuff that annoyed those on the right. In 2012 Cameron failed to win a majority, and had to enter a coalition with the hated Lib Dems.

Here’s my question: It has been 20 years since FPTP has given representation to the political ideals of true blue conservatives. On top of that, FPTP is now allowing votes of the right to drain away from the Conservatives (under FPTP, read wasted votes) which ironically will help left wing candidates get elected. Seriously? This is the great voting system that is going to get rightists what they want?

The problem for the right is that they approach politics with a “Verucca Salt” philosophy. They want it all, and want it now, and so often end up with nothing. Writing as a centre-right liberal, I quite like David Cameron and Nick Clegg, which means that conservatives must be plain livid.

But supposing Britain had, say, New Zealand’s Mixed Member Proportional (MMP) system, where voters have two votes. One for a local MP, elected under FPTP, and a second for a party list, which tops up party seats to ensure a proportional result. What would be the result in the UK? There would almost certainly be a pure conservative eurosceptic party to the right of the Cameron Conservatives, with anything from 20-40 seats, going on UKIP’s most recent poll figures. A party that would happily trade votes in the house for things that they wanted, like a referendum on EU membership or British membership of the ECHR. The right tends to sneer at such continental (or Irish) style political give-and-take, but would they really let that sneeriness let them dismiss a referendum on Europe? Really?

The right needs to decide what it really wants. To shout endlessly through the cakeshop window, demanding all the cake, or the ability to come in and get a slice, and from there figure out how to get another.

3 thoughts on “Just why are British conservatives against Proportional Representation anyway?”