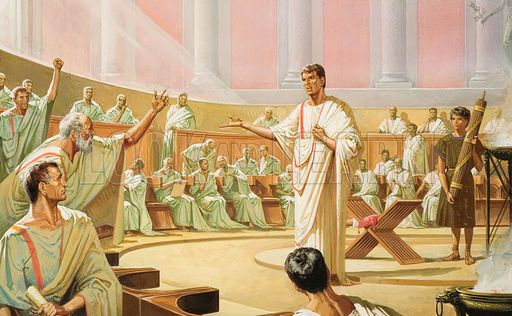 There’s been a lot of hype about what an impact Seanad reform would actually have, and most of it is just that. Hype. Whatever reform happens, and I’m doubtful anything of significance will ever happen, one thing almost every party agrees upon is that the Seanad will remain the lesser of the two houses of the Oireachtas. Power will remain in the Dail.

As for the talk of accountability, there is something to this. Occasionally the Seanad throws up a handful of senators (Like Michael McDowell) who are so technically on top of their legislative brief that ministers fear them far more than anyone in the lower nominally more powerful house.

That’s not to say that reform is not worth doing. I voted for Seanad abolition not because I don’t agree with an upper house, but because I simply never believed reform would happen.

But supposing it did happen: what would the outcome be?

The key is the fact that most reforms have proposed non-geographic panels as the basis for reform. There’s no point having a second chamber with yet more super-councillors in it, but a chamber elected on national vocational panels allows for a different type of candidate, that is, ones who tend to be issue rather than geography based. The Labour panel will attract union and employment rights activists. The Industrial and Commercial panel will attract ISME and IBEC people. Yes, many will be what we call “vested interest” representatives but so what? They’ll be elected openly by ordinary voters.

But what’s most interesting will be that the senators will have national constituencies made up of social sections of society, and so will have a greater electoral benefit to focus on policy areas than TDs. I would not be surprised if the Seanad were to become the chamber that gets more media coverage simply because the debates will be of a higher quality. It’s also possible that you’ll see more well-known “celebrity” candidates run for the Seanad on the basis that a national constituency will allow for a more media based/online campaign.

In such circumstances, it’s not impossible that the Seanad would become less party-based as ICTU, ISME, the GAA and the IFA all run their own candidates. Indeed, you’d not be surprised if after a few terms TDs will become quite bitter as they graft away in their constituencies doing local social work whilst senators do the glamourous stuff in the Seanad, where speaking is actually more likely to win them votes, and the media gives them more attention. Especially given that the ejector seat of a Seanad seat after a Dail defeat will no longer be open.  You can understand why so many TDs secretly oppose reform.